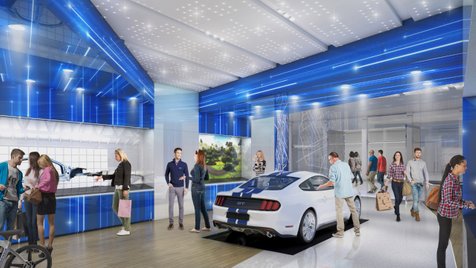 During  the Ford Hub project I spent a lot of my time building new systems needed for making the virtual city come alive.   I built the entirety of the traffic simulation from scratch in C++ which included a lot of intelligent agent behaviour for the various vehicles in the world. Such as cars, bikes and buses. The system allowed vehicles to drive around freely along user defined splines that made up the roads. Various support structures were also setup so that level designers could define traffic rules. The simulation additionally supported a mix of scripted vehicles with predetermined destinations and free roaming background vehicles.

I also created a large number of custom UI systems for the project. Including virtual keyboards, custom sliders, color selection systems, carousel menus and most prominently a custom 'Mind Map' menu that dynamically scaled, rotated and fully supported touch screen. It can be seen below with the copyrighted artwork replaced.

In addition to this a lot of my work included adding extensions to the Unreal Engine and providing tools for the content creators in order to support asset loading for the Ford car configurator. 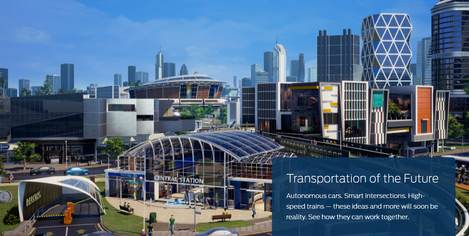 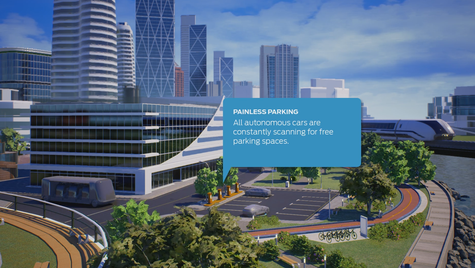